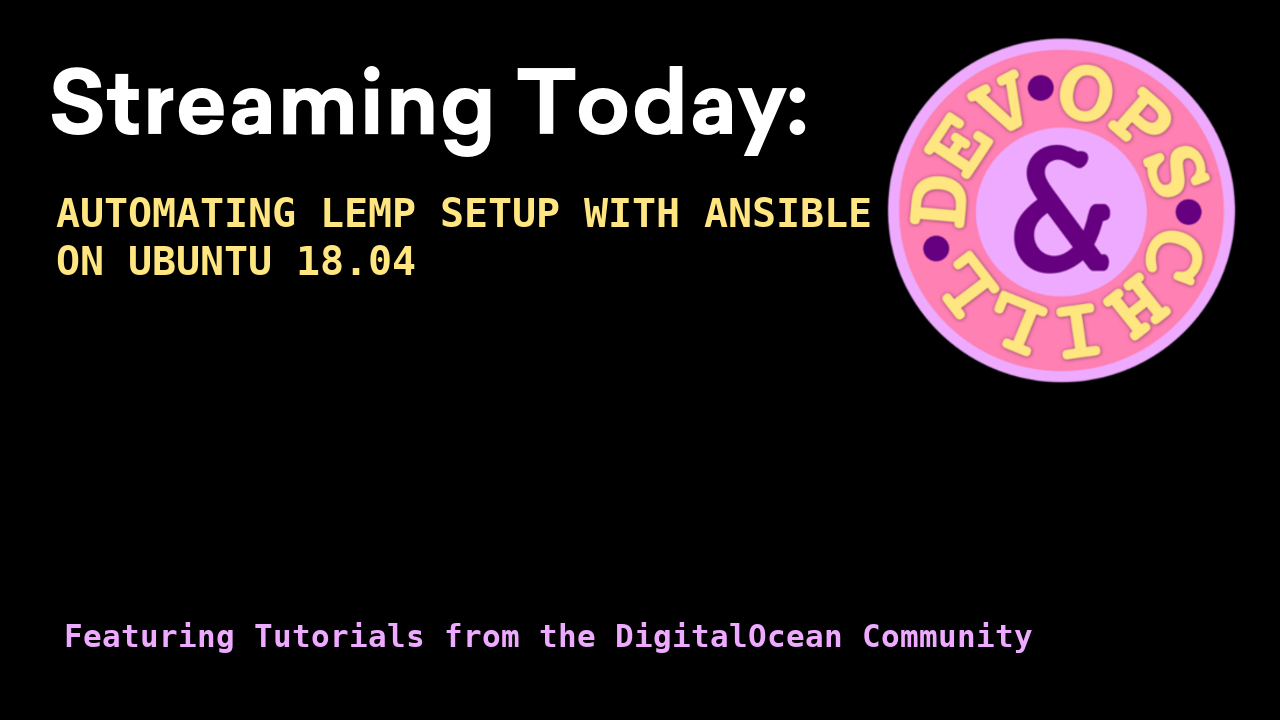 In the third episode of DevOps&Chill, we create an Ansible playbook to automate the steps necessary to install and set up a LEMP server on Ubunbtu 18.04, using a couple DigitalOcean droplets as nodes.

This video was edited from the original stream in order to be more succinct and in a faster pace.

The final playbook we created in this video is included below for easier access:

To run this playbook, you'll need an Ansible Control Node set up with at least one managed node in your inventory file. Then, you can execute this with the following command:

Where hosts is your inventory file name, and USER is the remote user you're using to connect via SSH on the remote server and run the Ansible commands. This should be either a sudo user or root.

Feel free to use the comments section to ask question and to suggest new topics for DevOps&Chill. Cheers!